In an amicus brief filed on Thursday, the American Medical Association implored a federal appeals court to uphold the COVID-19 vaccination and testing mandate for private employers with more than 100 employees, a measure taken by the Biden Administration to combat the virus’s spread.

Monitoring the progress of the pandemic has convinced the AMA that many COVID-19 outbreaks have occurred in workplaces, presenting what it calls a “severe risk” to public health. While acknowledging that most people infected with the virus will experience mild to moderate symptoms, the organization said people of any age can die or become seriously ill, pointing out that more than 46 million confirmed cases have occurred in the U.S. as of November 5.

“Even those who recover from COVID-19 may experience post-COVID conditions with debilitating symptoms lasting for several months after the acute phase of infection,” the AMA wrote in the brief. “A systematic review of 45 studies including 9,751 participants found that 73% of infected individuals experienced at least one long-term symptom. Over half of previously hospitalized patients continue to experience cardiopulmonary symptoms and abnormalities six months later.”

The vaccines that are now federally mandated for certain employers are one of the most effective ways to counter and improve these transmission rates, according to the organization.

The group highlighted the vaccines’ safety. Studies have shown that serious side effects are very rare, and research has shown that the Pfizer, Moderna, and Johnson & Johnson vaccines are 91.3%, 90% and 72% effective against infection, respectively. While this efficacy wanes over time, early data on Pfizer booster shots show they may increase efficacy to more than 95%.

Numbers culled from the Occupational Safety and Health Administration show that those who are fully vaccinated are contagious for shorter periods than unvaccinated people, and that the unvaccinated pose a much higher risk of transmission.

Ultimately the AMA contended that higher vaccination rates among workers will make workplaces safer, an effect that would be felt across industries – including in healthcare, which poses a heightened risk, since frontline care workers are often in close contact with people who have contracted the virus.

“Infectious diseases such as COVID-19 continue to circulate as long as the average infected individual is able to transmit the disease to one or more uninfected individuals within the community,” the group wrote in its filing. “Widespread vaccination is the only practical way to push the effective reproduction rate of the SARS-CoV-2 virus below one, the rate at which endemic transmission begins to die out.”

The AMA pointed to history to make its case. Countries or states that mandated smallpox vaccination saw 10 to 30 times fewer smallpox cases than those that declined to do so, the group said. Before compulsory school vaccination laws were in place throughout the U.S., states with strict vaccination requirements had incidence rates of measles less than half those of states that did not.

While stressing the importance of other mitigation measures, such as masking and social distancing, the organization claimed that natural immunity is not an adequate substitute for vaccination.

Five private employers also joined the challenge. A petition for judicial review was filed in the U.S. Court of Appeals for the Eighth Circuit, and a motion for a stay is expected to be filed soon.

“For over a century, the U.S. Supreme Court has recognized that policies on compulsory vaccination lie within the police powers of the States, and that ‘they are matters that do not ordinarily concern the national government,'” the petition read.

“Until quite recently, the Biden Administration agreed. The White House stated on July 23 of this year that mandating vaccines is ‘not the role of the federal government.’ But on September 9, 2021, that position underwent a dramatic reversal. The president announced several sweeping vaccine mandates, including a vaccine mandate to be issued by OSHA that applies to all employers who employ more than 100 employees. OSHA published this ’emergency’ mandate two months later, crafting an elaborate post hoc justification for a policy that the President had already dictated that it would impose.”

The lawsuit is asking the court for an immediate stay pending judicial review.

Sat Nov 13 , 2021
Photo: janiecbros/Getty Images The Centers for Medicare and Medicare Services is rescinding a final rule that would have granted expedited Medicare coverage for certain “breakthrough” devices. The decision to rescind the Medicare Coverage of Innovative Technology and Definition of “Reasonable and Necessary” (MCIT/R&N) final rule is due to concerns that […] 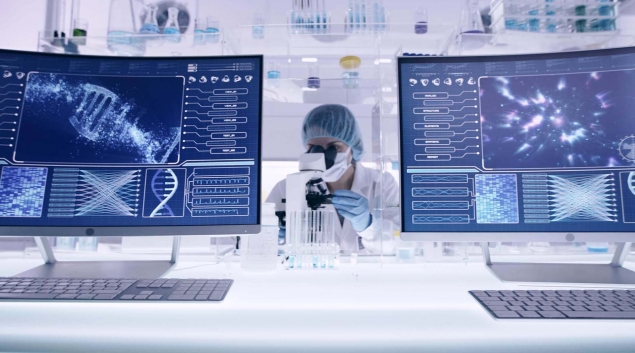